Adam Handling started out at Gleneagles 16 years ago where he was the first ever apprentice chef, before he went on to become Fairmont’s youngest ever Head Chef. Adam has a number of impressive awards under his belt, including Scottish Chef of the Year, British Culinary Federation’s Chef of the Year, Chef of the Year in the Food & Travel Awards. Adam was (and still is) the youngest person to be one of the Caterer’s ‘30 under 30 to watch’ in the 2013 Acorn Awards. Most recently, voted both by the public and a selection of esteemed industry judges, Adam received Restaurateur of the Year in the British GQ Food and Drink Awards 2020.

Born in Dundee, Scotland, in 1988, Adam’s love was never food. It was being outside and causing mischief… like any young boy. He lived in Germany for 5 years, before coming back to Scotland to start his first role in the kitchen – an apprenticeship at the prestigious Gleneagles Hotel, in Scotland. Adam still says to this day that, because of the rigorous training he had there, it was the best place he ever worked and the reason for him being the way he is as a chef now.

After years at Gleneagles, he ventured to London as any starry-eyed professional does. This was when his love for The Big Smoke arrived… the opportunity, the fun, all the amazing restaurants.

He then needed a little break and got his backpack on and spent a year learning, in all corners of the world. It was the eye-opening teaching from Japan, where his passion for zero-waste really came into play. The sheer passion from across the world genuinely inspired Adam.

When he came back to London, he brought this zero-waste ethos back with him and he started to create The Frog restaurant. This is pretty much the history of his career (minus a few boring details) but the exciting times really started in June 2016, when the Adam Handling Restaurant Group started.

From there, it has been an absolute rollercoaster…

The Frog, Covent Garden is Adam’s flagship restaurant, nestled in the heart of TheatreLand, opposite The Savoy hotel. His flagship cocktail bar, Eve bar, is situated just beneath The Frog.

The Loch & the Tyne – L&T for short – is the group’s stunning restaurant and pub, with guest bedrooms in the countryside of Old Windsor.

Ugly Butterfly has to be the group’s most beautiful restaurant and bar, purely because of the stunning view of the Cornish coast. It is situated on the incredible Carbis Bay Estate in St. Ives.

Fun fact – all Chef Adam’s restaurants have interesting names. Let’s explain them all, shall we?!

The Frog – this being Adam’s first restaurant, he got a little nervous and scared. He didn’t know what he was doing (from a restaurateur perspective) but he had the determination and passion to create something fun. At the time, he said, ‘frogs live in water, so they are either going to sink or swim. Frog is what I will call my restaurant, as this is my test.’ Luckily for all of us, he definitely swam. The restaurant’s most recent achievement is being awarded a Michelin star in the 2022 Michelin guide.

L&T – as a Group, we have always wanted a restaurant and pub, with guest bedrooms in our portfolio. After having worked so hard for Adam for so many years, Adam gave Steven and Jonny the position of co-proprietors of the place. Steven first worked with Adam in Newcastle in 2008 and Jonny first worked with Adam in St. Andrews in Scotland in 2010. So, he put Loch (a Scottish river) and Tyne (the river going though Newcastle) together and made them cross each other’s paths.

Ugly Butterfly – people often ask about this one, wondering why Adam would call such a beautiful restaurant something that includes such a negative word… ‘ugly’. The reason why is because this restaurant is built on sustainability and zero-waste. Adam and the team all believe that food waste shouldn’t exist – it’s a passion that runs through all our veins, since Adam really learnt and understood about the concept of zero-waste from his time spent in Japan. The point is both food waste and butterflies are beautiful.
There is no such thing as an Ugly Butterfly, in the same way that – with skilled people – there is no such thing as food waste!

Check out more information about all of our restaurants and bars here.

So, enough chat about our legendary leader, come eat in one of our places and meet him first-hand. 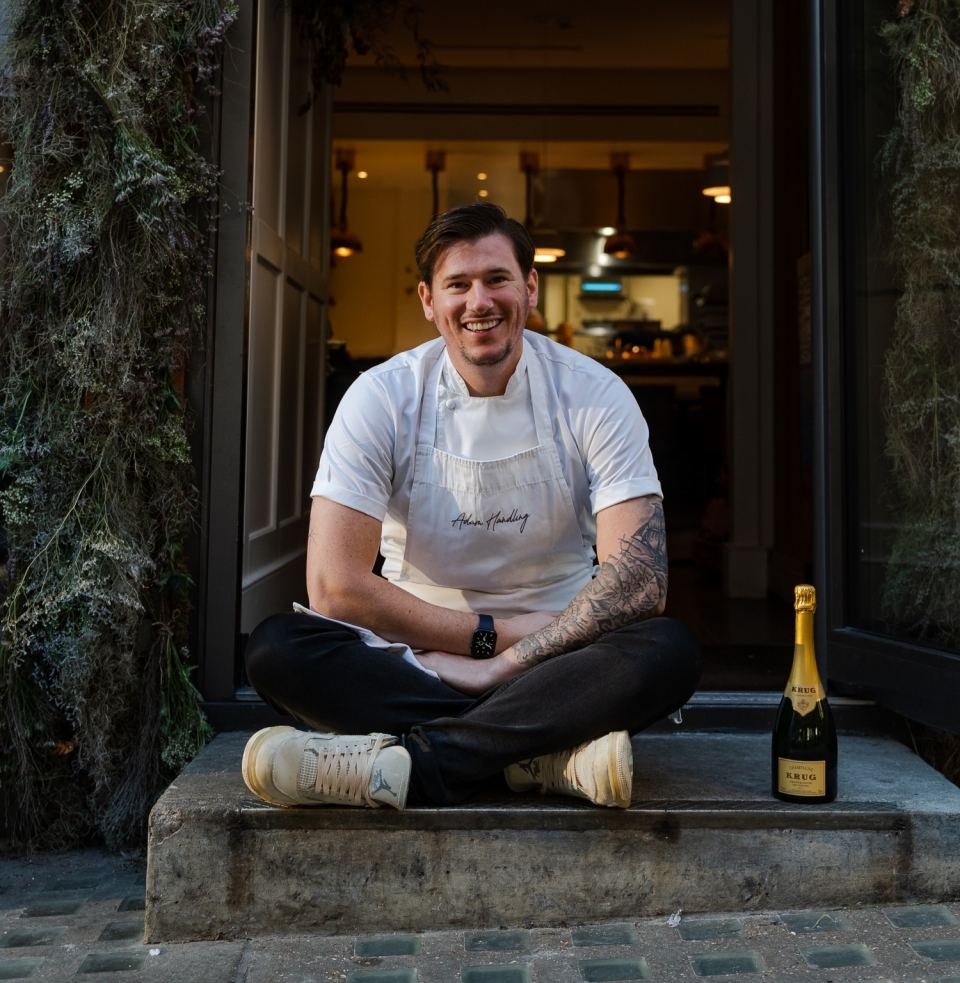 The Loch & The Tyne - Old Windsor